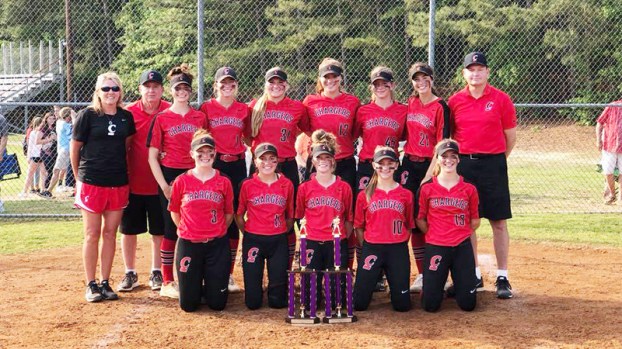 The Lady Chargers with their school conference trophy.

As of Monday, the Lady Chargers are ranked fourth in VISAA Division II. They hosted and defeated Fredericksburg Christian 10-0 at 4:30 p.m. on Tuesday.

The team was also scheduled to play on Friday afternoon, but those results were not available at press time.