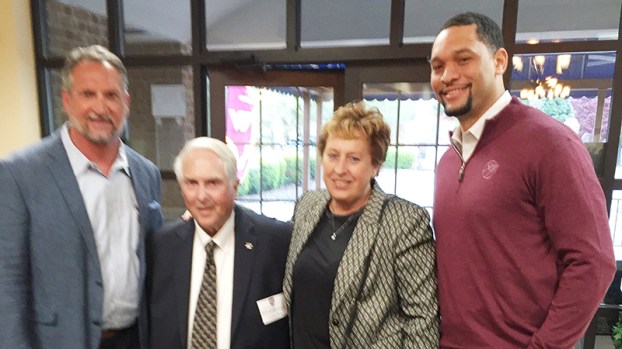 After a social hour and dinner, Bolt introduced Webster, who played football at Harvard and then coached there. He shared an amusing account of how he met Coach Buzz Williams and how he successfully navigated the rather unusual interviews. Williamse then answered questions from the audience, one of which was about the high ranking of the Hokies in the preseason.

Bolt then introduced our special guest, Bud Foster, to a standing ovation. Coach Foster talked about his 32 years as coach at VT.

He also shared the good news that he has been invited to the NFL upcoming draft ceremony. Bud also answered questions about his players and the approaching season.