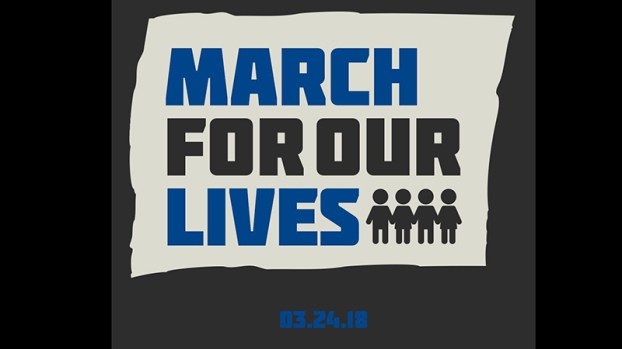 The banner to be used during Saturday's march.

Thousands of students and other demonstrators are expected to march in Richmond and in cities across Virginia and the U.S. on Saturday in a nationwide protest calling for stricter gun laws and an end to mass shootings.

The March for Our Lives, with its main event in Washington, is in response to the shooting that killed 17 people at a Florida high school last month.

The Richmond march has been organized by the Richmond Public Schools, the Richmond Peace Education Center, the local chapters of Moms Demand Action and the NAACP, and other groups.

“We all decided that it was best to join forces and do one big, unifying march in Richmond to help amplify the voices of those most impacted by gun violence here in our city,” said Kelly Steele, a coordinator of the local event and a leader of the Gun Violence Prevention Advocacy Group of the Liberal Women of Chesterfield County.

Richmond Mayor Levar Stoney and U.S. Sen. Tim Kaine, along with several students, are scheduled to speak at the event. More than 2,400 people have registered to attend.

The ride-share app Lyft has pledged free rides for demonstrators in 50 cities including Richmond.

The March for Our Lives was planned in the wake of the mass shooting at Marjory Stoneman Douglas High School in Parkland, Florida, on Feb. 14, when a man with a semi-automatic rifle killed 14 students and three staff members. Since then, surviving students have urged lawmakers to restrict the sale of such weapons and take other measures to prevent gun violence.

Saturday’s march in D.C. will begin at noon with a rally on Pennsylvania Avenue between Third Street and 12th Street Northwest. According to the event’s website, about 840 “sibling marches” are planned worldwide.

CARRSVILLE William McCutcheon Camp Jr. died on Tuesday, and he’s remembered by some area residents for his service to the... read more