On Thursday afternoon the Lady Dukes opened the season with a 9-1 victory over Chincoteague. The Lady Dukes got on the board first when leadoff batter Sydney Carter doubled to the left field gap. Carter advanced to third on an E.J. Bankson single and scored on a Kayce Gray sacrifice fly to give the Lady Dukes an early 1-0 lead. 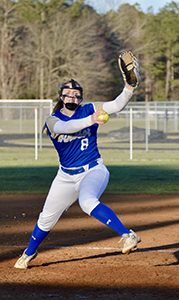 The Lady Dukes had a quick turn around and faced defending State Champions Mathews Friday afternoon. The Lady Dukes won the game over the defending state champions 7-5. Bankson picked up the win for the Lady Dukes allowing 4 runs over six and two-thirds innings, striking out nine. Carr came in a pitched one-third of an inning in relief. 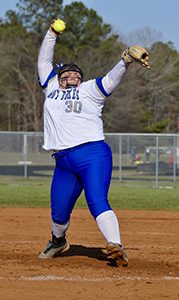 Funai and Bankson picked up two RBIs apiece while O’Brien and Gray also picked up RBIs in the win. The Lady Dukes built a six-run lead in the sixth inning and then held off a Mathews charge in the top of the seventh.

With the two wins, the Lady Dukes start the season 2-0. They were back in action on Tuesday at Southampton to begin Tri-Rivers District play, but the final score was not known as of press time.