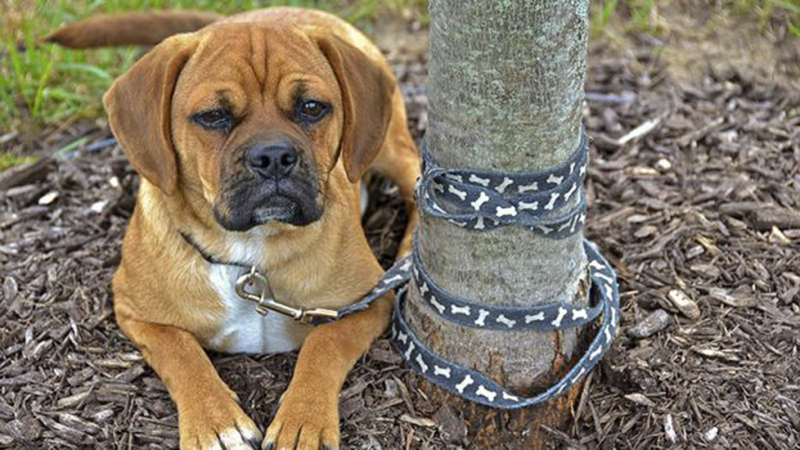 A bill to specify when an animal can be tethered outdoors was killed in the House on Wednesday after passing the Senate with a substitute on Tuesday. The Senate substitute on House Bill 889 was the third attempt to pass the legislation.

When HB 889 passed the House in February, the bill would have allowed localities to pass ordinances restricting how long or in what weather conditions a dog can be tethered outside. The Senate passed a substitute making the bill a statewide ban on tethering in certain weather conditions.

Del. Bobby Orrock, R-Caroline, sponsored the original version of HB 889. He spoke against passing the substitute on the House floor Wednesday. He said People for the Ethical Treatment of Animals lobbied for the Senate substitute to be accepted.

“There was a bill that would’ve allowed PETA to achieve all of their objective we saw in their legislation this session,” Orrock said. “But they would’ve had to go through local government ordinances to effect that change.”

The substitute made HB 889 the same as SB 872, which made it through the Senate only to be killed in the House Committee on Agriculture, Chesapeake and Natural Resources on Feb. 27. SB 872 was a watered-down version of HB 646, which died in the same committee in January.

The bill would have banned tethering animals in temperatures 32 degrees and below and 85 degrees and above, during a heat advisory or when the National Weather Service issued a severe weather warning.

Along with the restrictions on weather conditions, the bill would have restricted the tether itself. The substitute stated tethers had to be at least 15 feet long, or four times the length of the animal, and limited the weight to less than one-tenth of the animal’s body weight. In addition, weights could not be attached to the tether.