Windsor Mayor Carita Richardson announced at the end of the Town Council’s February meeting that she would not seek re-election come November.

Richardson cited ongoing health issues as her main reason for stepping down. She has served as mayor since 2010 and as a member of council for four years prior.

“I want to thank the wonderful people of the Town of Windsor, our talented and diverse group of council members and an outstanding staff, who have made being the mayor of Windsor such a pleasure, Richardson said. “After 12.5 years total on council, I also think it is time for someone else with new ideas to guide Windsor.” 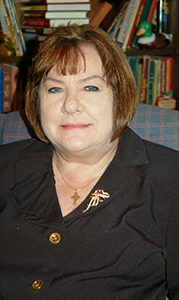 Highlights from Richardson’s time on council and as mayor include her campaign to save the old Windsor Middle School gym complex and convert the facility into a Windsor Town Center, and her vocal opposition to the Virginia Department of Transportation’s plan to create a new Route 460 that would have bypassed the town.

The Windsor Town Center, intended as a site for large gatherings and recreation programs for senior citizens and youth, is tentatively scheduled to open this August, pending the council’s selection of a contractor during its March meeting and the completion of proposed renovations. The Route 460 bypass plan was officially killed in June 2017 when the Commonwealth Transportation Board confirmed that it would not be moving forward with the proposal, citing its low score on Smart Scale — a VDOT tool for evaluating a project’s cost versus benefit.

Additional improvements to the town that occurred during Richardson’s tenure included:

Richardson has also been honored with several awards for her service to the town, including the 2012 Plan Virginia state award for outstanding planning efforts and a resolution from the Virginia General Assembly in 2013 commending her for her leadership.

“Both of these awards belong to my council as a whole because of their vision and efforts on behalf of the town we love,” she said.

Richardson’s term as mayor ends on Dec. 31 this year. Her plans once she retires from council include spending more time with her grandchildren, reading for pleasure instead of land development ordinances, compiling a cookbook and volunteering at the new Windsor Town Center.