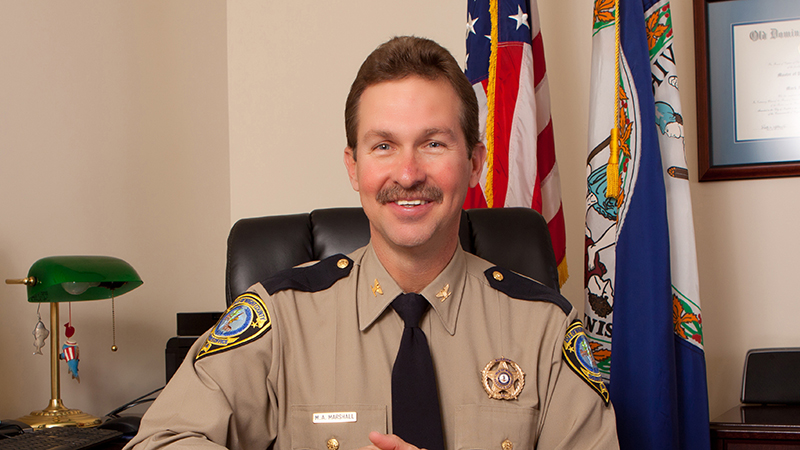 Isle of Wight County Sheriff Mark Marshall is going from a badge to a brewery.

On Wednesday, Marshall announced his resignation to become effective on Monday, March 1. The letter is published on A2.

Marshall also spoke to The Tidewater News to explain in detail his reason: He’s returning to home ties on the Eastern Shore to help establish and operate Cape Charles Brewing Co.

“My brother Chris and I had talked for years about the idea. ‘Wouldn’t it be neat to start a microbrewery?’ In June or July of 2016, we actually became fairly serious — it really started germinating. I said, ‘I think we can put this together.’”

The brothers got their mother, Deborah, involved in the idea, and they’ve been working on a business plan ever since. Three acres were purchased for the site.

One half of the building will be devoted to the production of the beverages, the other side will be a restaurant, which will include indigenous fare such as clams.

“We want to be a destination,” Marshall said, adding that the place would include fire pits and outdoor games weather permitting.

For 2019, the plan is to convert a 10,000-square foot lumber yard into an area for special events and music, reminiscent of the old Boathouse that was in Norfolk for several decades.

Along with partner and advisor Robert Wilson, the brothers have fired Justin Meyers as the brewmaster. Originally from St. Louis, Missouri, he was inspired to learn the craft after a visit to a brewery, starting first at home, and then apprenticing in a commercial brewery to learn German and Bavarian styles. Most recently, Meyer worked as head brewer for Paulaner Brewery in Hew York City.

The sheriff is confident that he’s leaving the department in find shape.

“It’s healthy, it’s stable and in a good spot,” Marshall said, adding that he has complete confidence in

Chief Deputy Major James Clarke to be his successor until an election is arranged.

“I feel really good about the succession,” the sheriff said.

To learn more about the brewery, visit the www.capecharlesbrewing.com or on Facebook.