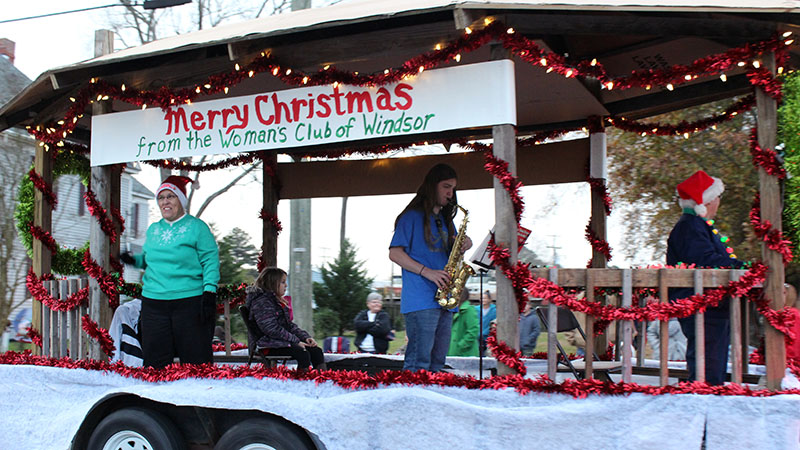 The Woman's Club of Windsor made its presence known.

WINDSOR
Last Saturday was a busy one for Windsor. The morning kicked off with the now traditional Breakfast with Santa in the Windsor Ruritan Community House. Sponsored by the Friends of the Windsor Library, the event reportedly attracted a little over 400 people. Whew! That’s quite a stack of flapjacks. Thankfully, the GFWC Windsor Woman’s Club and some recruits were on-hand to help.

In addition to the meal, which also included eggs, sausages and juice or coffee, the children got to meet with Santa Claus himself and make their wishes known. They also had the option to shop for a Christmas present in the pop-up store.

The staff of the library also had a large choice of books for visitors to select.

Over at the Windsor High School gymnasium, the annual craft and vendor show was in full swing. Angel Randall, who teaches special education students, had again organized the activity.

In August she begins contacting vendors from previous years and solicits any potential new ones through October. When the project began five years ago, there were 16 participants. That day, there were 38.

Randall has her own business there as a representative for thirty-one, which offers handbags and totes.

“I do about four to five show a year. I also sell online and have home parties. Don’t mess with a lady who has a purse, let me tell you,” she said laughing.

But Randall is serious about the profits’ destination. After expenses are paid, the fees benefit the special education programs at the school.

Speaking of businesses, expenses and profits, one of the youngest craftsmen/vendors was Andrew Thompson, nephew of WHS Athletic Director Chuck Parrish, whose sister is the boy’s mother, Danielle.

The boy and his mother came from Essex County where they live so that they could present Andrew’s Rock Fish Lures.

Although he’s been making lures for the past three years, this was actually his first show. Thompson, explained how he creates the hand-made lures. Lead is melted and poured into molds, which he next treats with paint and they’re baked at 220 degree Fahrenheit. Some string is tied around, first sealed with a clear nail polish, and then buck tails are tied around, also secured the same way.

Deciding to turn his abilities into a business, Thompson got the molds and other necessary items. Eventually he got better — “there was lots of trial and errors” — and confident that his lures would sell. And so they have since.

Then, starting at 4 p.m., the parade of people, canines, musical instruments, floats, fire engines and the man of the hour — Santa Claus made its way down County Street. Stopping at the Wesley Garris Park on Duke Street, he climbed from a fire engine and made his way to the gazebo. After Mayor Carita Richardson welcomed everyone, the countdown to lighting the tree began and voila! The season is in session. A long line formed for children to get another opportunity to talk to Santa, who patiently listened to all. 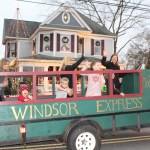 Riding the Windsor Express, the passengers wave hello to all who came to the holiday parade on Dec. 2. 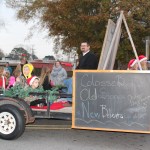 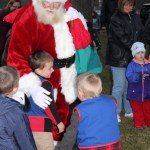 After the parade, Santa made his way to the gazebo in the Wesley Garris Park. He stopped along the way to chat with excited children, and even got a few hugs from his fans. 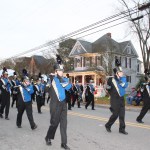 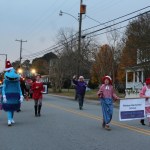 Here comes members of Windsor Elementary School and their mascot, the Hornet. 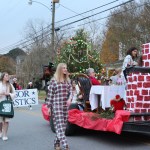 The Isle of Wight 4-H created a float to celebrate the holiday. Members also passed out candy to viewers.