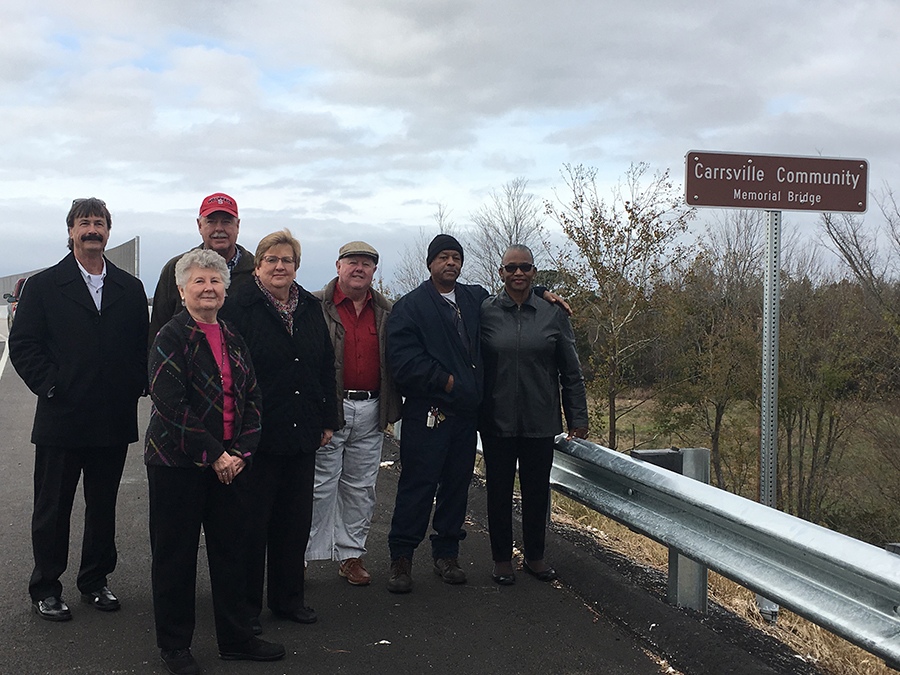 The Virginia Department of Transportation, Isle of Wight County and the citizens of Carrsville celebrated the early completion of the Carrsville Community Memorial Bridge with a ceremony this past Wednesday.

The community was heavily involved in naming the bridge. County residents Hilda Harmon and Maryland Roberts petitioned the Board of Supervisors, and in May, the Commonwealth Transportation Board approved the county’s resolution to name the span the “Carrsville Community Memorial Bridge.”

Locals say the title honors the dedication of citizens to their community.

The original Carrsville Highway Bridge was built in 1936. After 80 years, it became apparent VDOT needed to replace the bridge to ensure safe future passage over the CSX railroad tracks and Old Myrtle Road. Construction on the $6.7 million dollar project started in March 2016. VDOT’s Rural Construction Team and Bryant Contracting Inc. completed the bridge three months ahead of the scheduled Nov. 22 completion date.