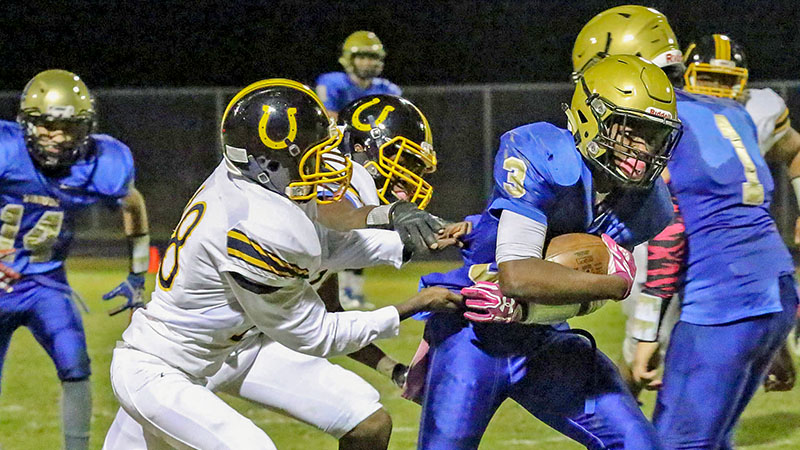 Jerrell Kindred, runs into traffic on a run, led with 49 yards. -- Frank A. Davis | Windsor Weekly

by Frank A. Davis

WINDSOR
The Franklin Broncos cruised to an easy 43-6 win over the Windsor Dukes on Friday at the Windsor High School football field. The Broncos set the tone for the game early as they scored quickly and easily on their first two possessions, and held a 12-0 lead at the end of the first quarter.

This is a reloading year for both teams, but added to the Dukes’ dilemma is they are adjusting to a new coach after having many years under longtime former coach, Chuck Parrish.

First-year head coach Tyler Mosley of the Dukes remarked after the game, “Franklin is a young team also and we are a young team. We made some mistakes at the beginning of the game and throughout the game; however, the kids did not give up. We drove, we scored and when we scored I saw the excitement of a young team trying to build. I was trying to be real with them, trying to tell them things that we need to work on and as a whole I was proud that they did not give up.”

Although the Dukes scoring did not come until late in the fourth quarter, the Dukes did have several drives that generated much cheering from the home teams fans.

The Broncos added 13 points in the second quarter, six points in the third quarter and closed the game with 12 points in the final quarter of play. Adding a new twist to the Broncos game was Joshua Johnson being successful in kicking one of three extra points.

Broncos head coach Darren Parker remarked, “We executed in all phrases of the game tonight. We have to go back to the drawing board and get ready for Southampton next week and be focused on Southampton. We are looking forward to next week. We have to execute and stay disciplined and stay together as a family and we will be fine. God is always awesome.” 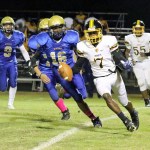 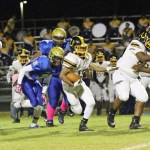 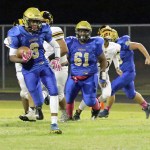 Jerrell Kindred on a run, led rushing for the Dukes 49 yards. 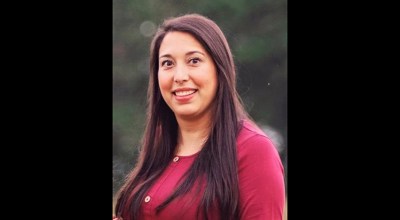 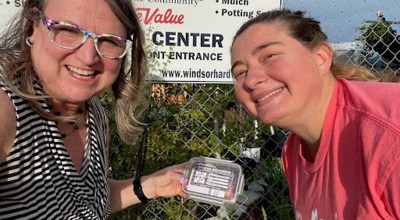 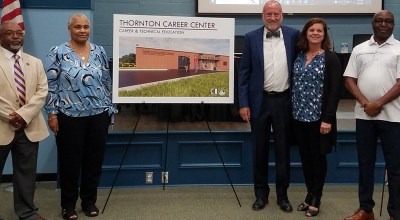