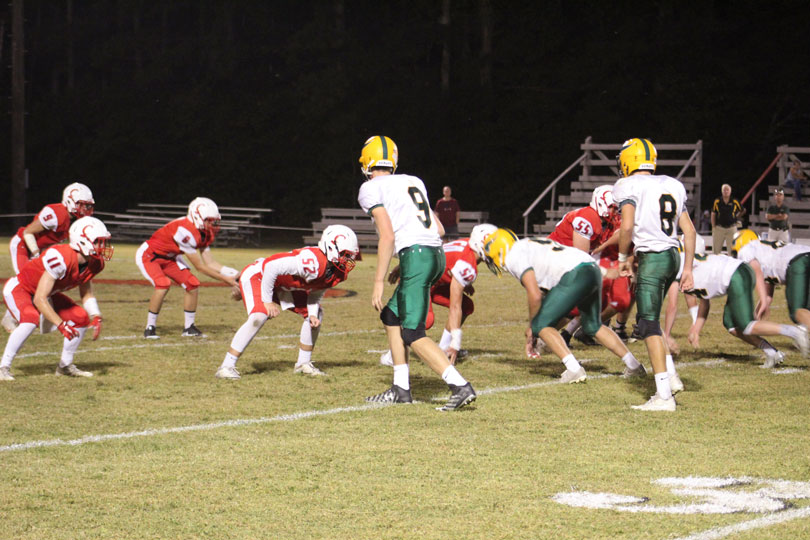 The Chargers and Vikings prepare to face off. Isle of Wight Academy, which hosted the game on Oct. 6, won 41-7 against Broadwater Academy. The Chargers will travel to Christchurch School on Saturday, Oct. 21. -- Stephen Faleski | Windsor Weekly

ISLE OF WIGHT
Isle of Wight Academy’s Hunter Edwards surpassed 1,000 rushing yards in his sixth game of the season as the Chargers dominated traditional rival Broadwater Academy 41-7 on Friday at William Hooper Field.

With his 22-yard run in the second quarter, Edwards eclipsed the 1,000-yard mark and finished the game with 1,055 yards on the year with three games remaining. IWA’s running game needs only 131 yards in that stretch to surpass the 2,000-yard team rushing milestone.

The Chargers kept control of Friday’s contest by dominating possession. They amassed 17 first downs to Broadwater’s three and had eight ball-carriers in gaining 407 rushing yards to the Vikings’ 30. Neither team attacked much from the air; they combined for 41 yards passing.

IWA’s ground game backed sophomore quarterback Luke Scrivanich in only his second career varsity start. They ran 31 consecutive running plans before his first completion of the night, a 5-yard pass to Colton Heard in the second quarter. Prior to that, IWA had claimed a 27-0 advantage. Scrivanich completed 3 of 5 passing attempts for 26 yards.

The Chargers (3-3) needed only 18 of the game’s first 29 plays to score 21 points, including Edwards’ two touchdowns on the night and another by Scrivanich. Heard finished the game with 95 yards rushing and two touchdowns.

Broadwater’s only scoring play came on Gunnar Gustafson’s 70-yard kickoff return with 4:38 left before halftime. The Vikings’ record dropped to 1-4.

During halftime, IWA held its homecoming parade and announced this year’s homecoming queen and court. Serving as grand marshall of the parade was former headmaster Benjamin Vaughan, who retired at the end of the 2016-2017 school year after 47 years at Isle of Wight Academy.

The alumni of the year was Joseph Whitley of the class of 2000. Following him were Isle of Wight Academy’s majorettes, known as the Chargettes. They were followed by IWA sophomore Sarah Marie Waite, who had been named miss Isle of Wight Academy, and candy-themed floats by the freshman, sophomore, junior and senior classes.

The Chargers will travel to Christchurch School on Saturday, Oct. 21, to Fuqua on Friday, Oct. 27 and will host Norfolk Christian on Friday, Nov. 3. 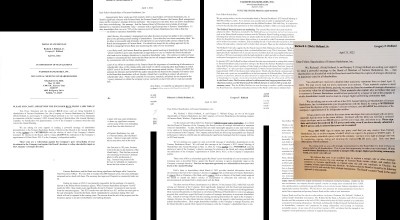 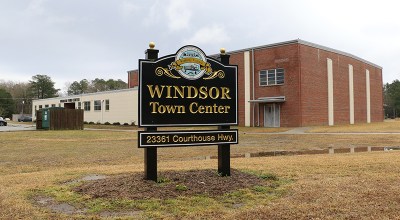